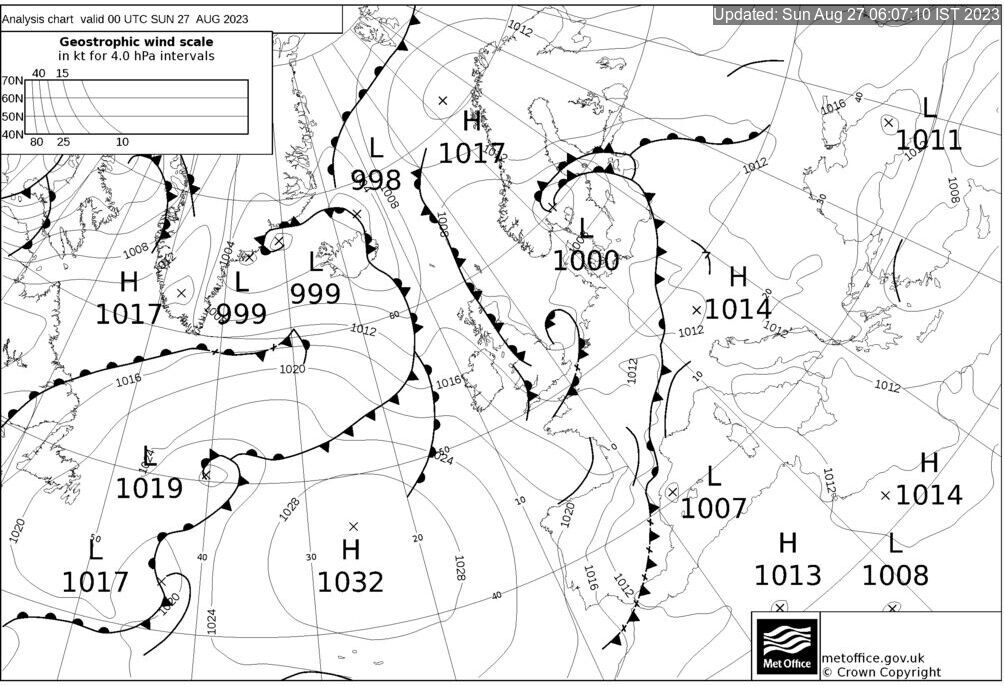 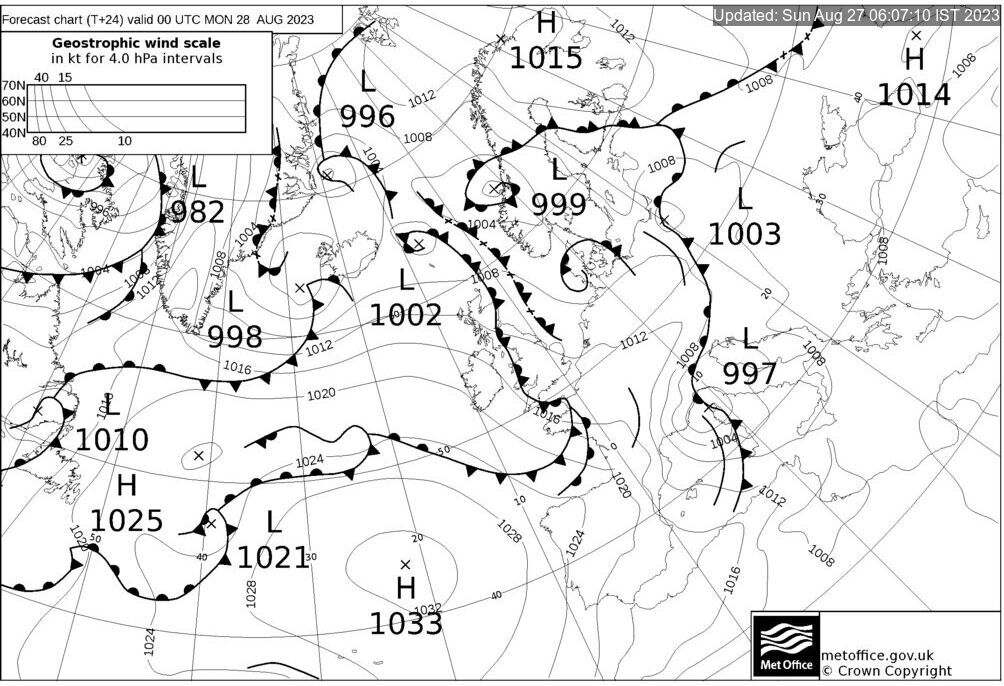 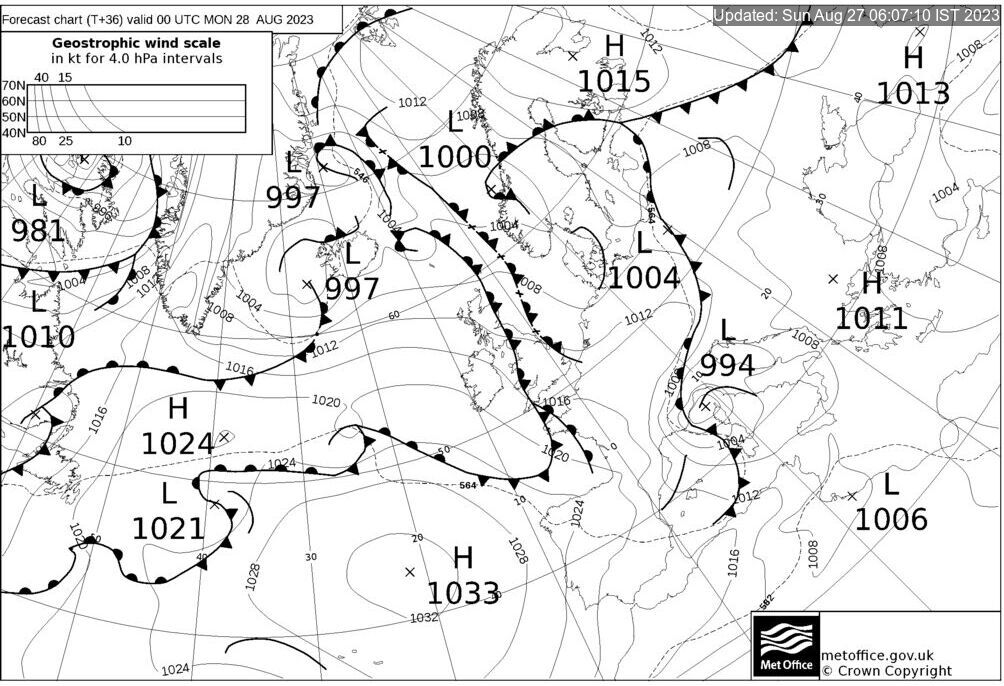 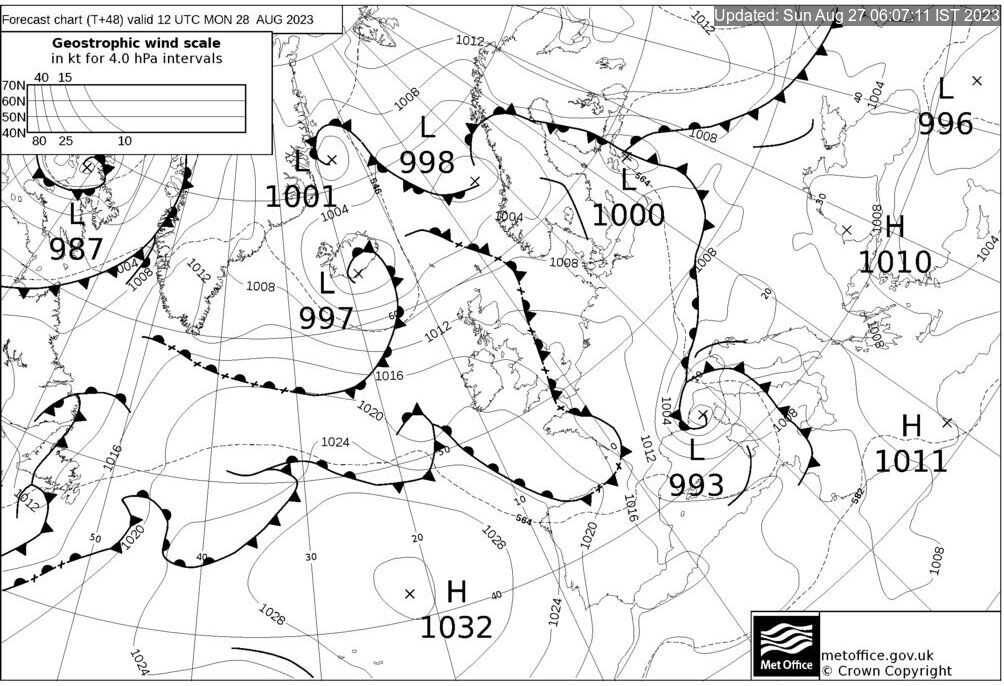 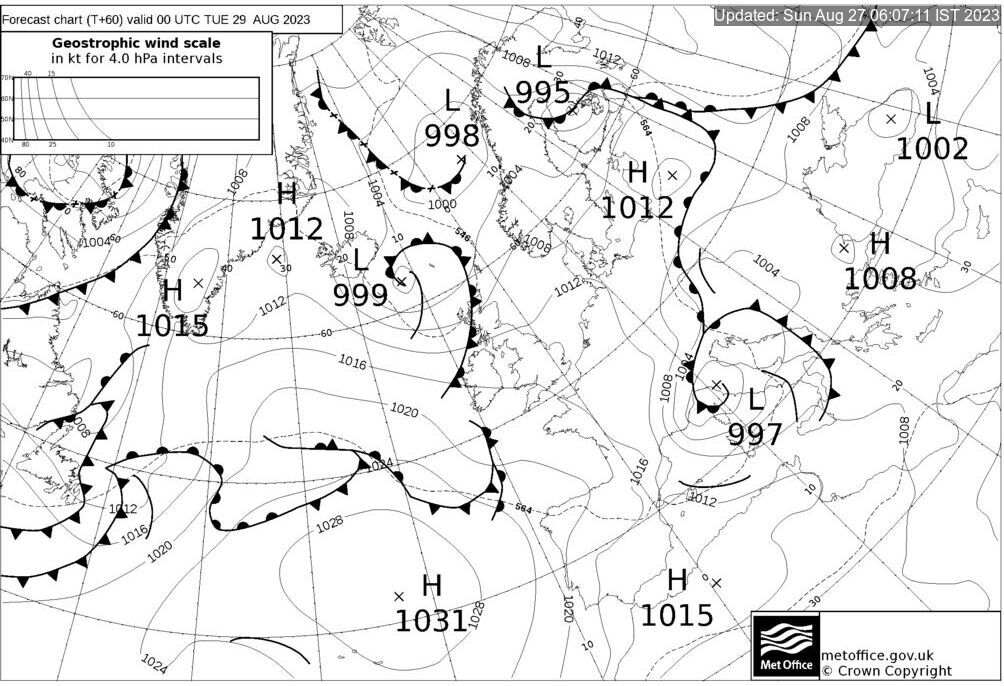 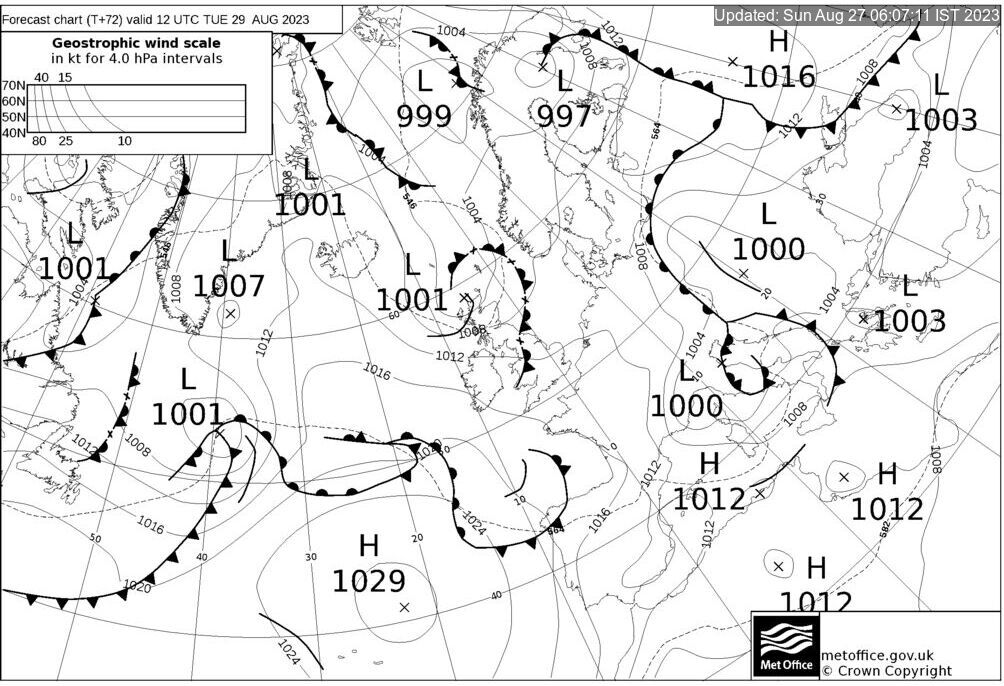 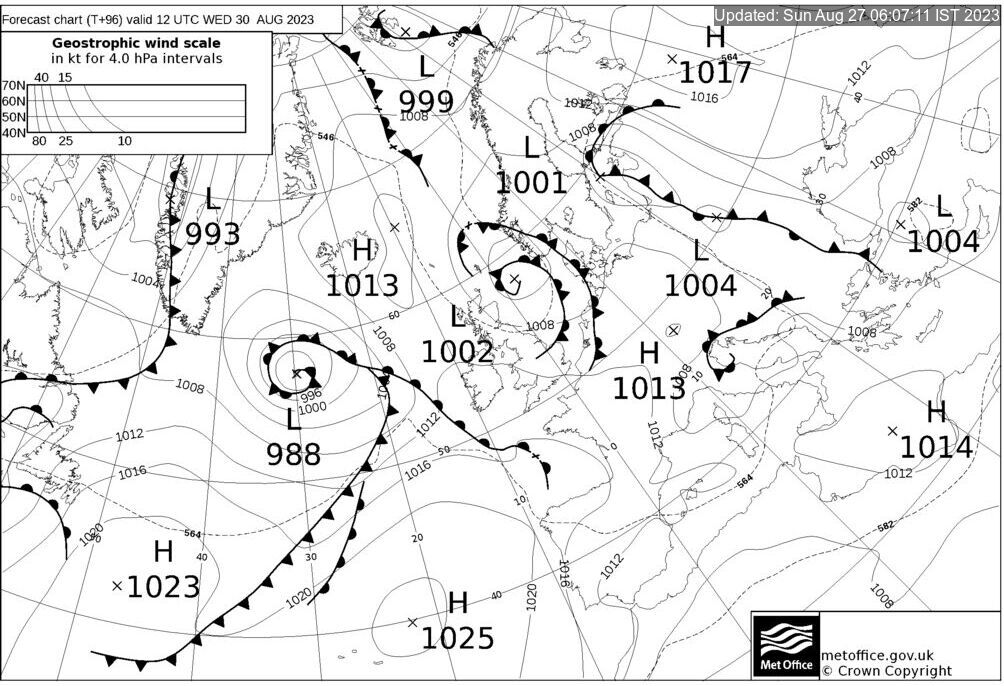 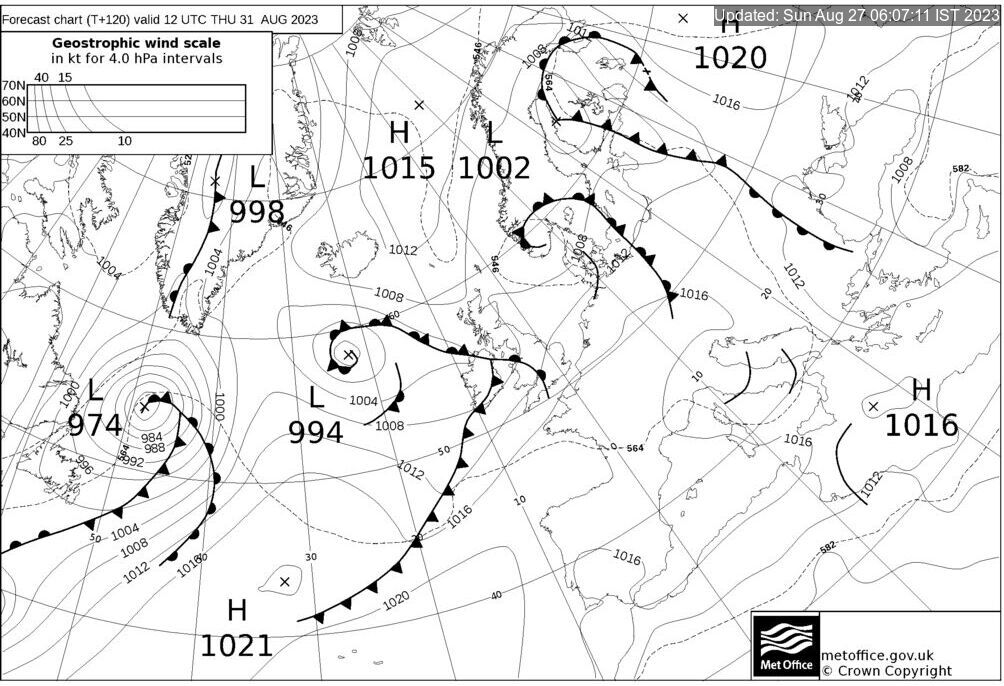 About the Fax Charts

These charts are pulled from the NOAA ftp using a script on a Raspberry Pi scheduled using cron. The files are in TIF format which have to be converted to jpg, resized, orientation corrected and finally timestamped and then uploaded to the loughlinstown.ie website. This is all done automatically by the same script.
Initially I made a bunch of scripts to pull these charts based on etas of publising but I found that actual publish times times varied a lot, in the end it was easier just to make one script that pulls all the charts hourly, at least this way, the website should be pretty close to actual release time most of the time.